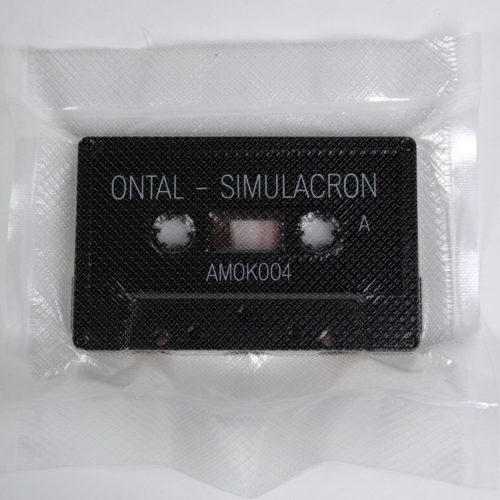 Ontal is a collaborative project which consists of Boris Brenecki and Darko Kolar, both hailing from Serbia. They focus on the bleakest, blackest apocalyptic techno and grinding mechanoid rhythms. Formed in November 2011 and influenced by numerous music genres, their sound can be described as an uncompromising, hard and intense assault. Breathing new life in the industrial strains of techno and the darker realms of the dancefloor and mind.

“Simulacron” is an extreme exercise in analog synth arpeggios and industrial drumming. In addition, the cassette comes with two exclusive sequences.

mastered by Jos Smolders. All cassettes are professionally duplicated and come with insert + download code.